The passion for doing, the essence of facts 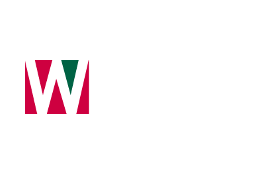 In 2012 I founded Efg Consulting srl, a consulting company focused on business and territorial marketing, communications and public relations, and internationalisation, of which I am also President.

He also sits in the Board of Directors of several companies and since June 2021 he is Deputy Chairman at Confindustria Cisambiente, the Industral Association that gathers together all the companies working in the environmental protection business in Italy; he is also the President of International Affairs Department for the same.

Since January 2020 he is Deputy Chairman of B&A Waste Management LLC, UAE based joint venture company between Ambienthesis Middle East DMCC and Sharjah based Bee’ah, that is the leading company in environmental business and circular economy in the Middle East.

Since April 2019 he is President of Ambienthesis Middle East DMCC.

Since November 2017 I am President of the Board of Directors of Ambienthesis S.p.A., company member of Green Holding Group, listed at Milan Stock Exchange and the largest Italian private company working in the environmental field.

From October 2016 to March 2018 I was a member of the Green Power Group S.p.A. Board of Directors, a company listed on AIM ITALY, which operates in the renewable energy sector for the domestic market.

I have been member of the board of directors of Innovatec s.p.a. from June 2016 to June 2017. This company is listed on the AIM market of Borsa Italiana, working in the sustainable energies and energetic efficiency sectors.

I have been Vice President of Gruppo Waste Italia spa from October 2015 to June 2016.  This holding company is listed on the Milan stock exchange and its subsidiaries are active in the waste management.

I have been Senior Consultant Advisory Board of Banca Esperia spa, the Private Banking Boutique of Mediobanca and Mediolanum, since March 2015. It is focused on Financial Advisory, Investment Solutions, Wealth Planning, Corporate & Real Estate advisory.

I have been member of the board of directors of Willis Towers Watson from January 2015 to March 2017. This is a leading global risk advisor, insurance and reinsurance broker, working in 120 Countries with more than 40 billion US$ of allocated bonuses and 18.000 employees (4.000 in Italy).

In October 2013 I was elected Vice President of Kinexia spa, a financial holding company listed on the Milan stock exchange, with subsidiaries active in the sustainable energy and environment sector (agro-energy, Aeolian and mini-Aeolian district heating, photovoltaic roofing, and energy efficiency), particularly focused on internationalisation. I held this office until October 2015.

I have been Professor of “Cultural Tourism and Land Development” for the Master’s Degree course “Economics and Management of Art, Culture and Entertainment” at Università Cattolica del Sacro Cuore in Milan since September 2013.

I have been Professor of “Cultural Tourism and Land Development” for the Master’s Degree course “Economics and Management of Art, Culture and Entertainment” at Università Cattolica del Sacro Cuore in Milan since September 2013.

I was Member of the Supervisory Board of Infrastrutture Lombarde spa, a Regione Lombardia subsidiary company involved in the realisation of infrastructure and public works, from October 2012 to March 2013.

In February 2012 I was President of Osprey Global Solutions.

In May 2010 I was elected President of Evolution Vision Advisory srl, a company involved in the Communications Sector and in Business Services, holding the office until October 2012.

From May 2010 to September 2012 I was Associate Professor of “Valorizzazione urbana e grandi eventi” (Territorial Marketing and Urban Valorisation) at the department of Economy and Business.

I have been President of Green Up Scarl, a consortium operating in foreign markets in environmental remediation, since April 2011.

In February 2011 I took on the assignment of Vice President of Difesa Servizi spa, a Ministry of Defence subsidiary company. I held the office until July 2014.

I was President of the Board of Directors of Infrastrutture Lombarde spa, a Regione Lombardia subsidiary company, from December 2006 to June 2012.

From December 1999 to January 2002 I was board member of A.R.P.A. Lombardia and in October 2001 I was nominated member of the Department of Environment and Energy – ANCI Lombardia.

I have been involved in Gio.eco s.r.l., my environmental and electromechanical family business from February 1993 to April 2017, at first as General Manager and as Board Member.